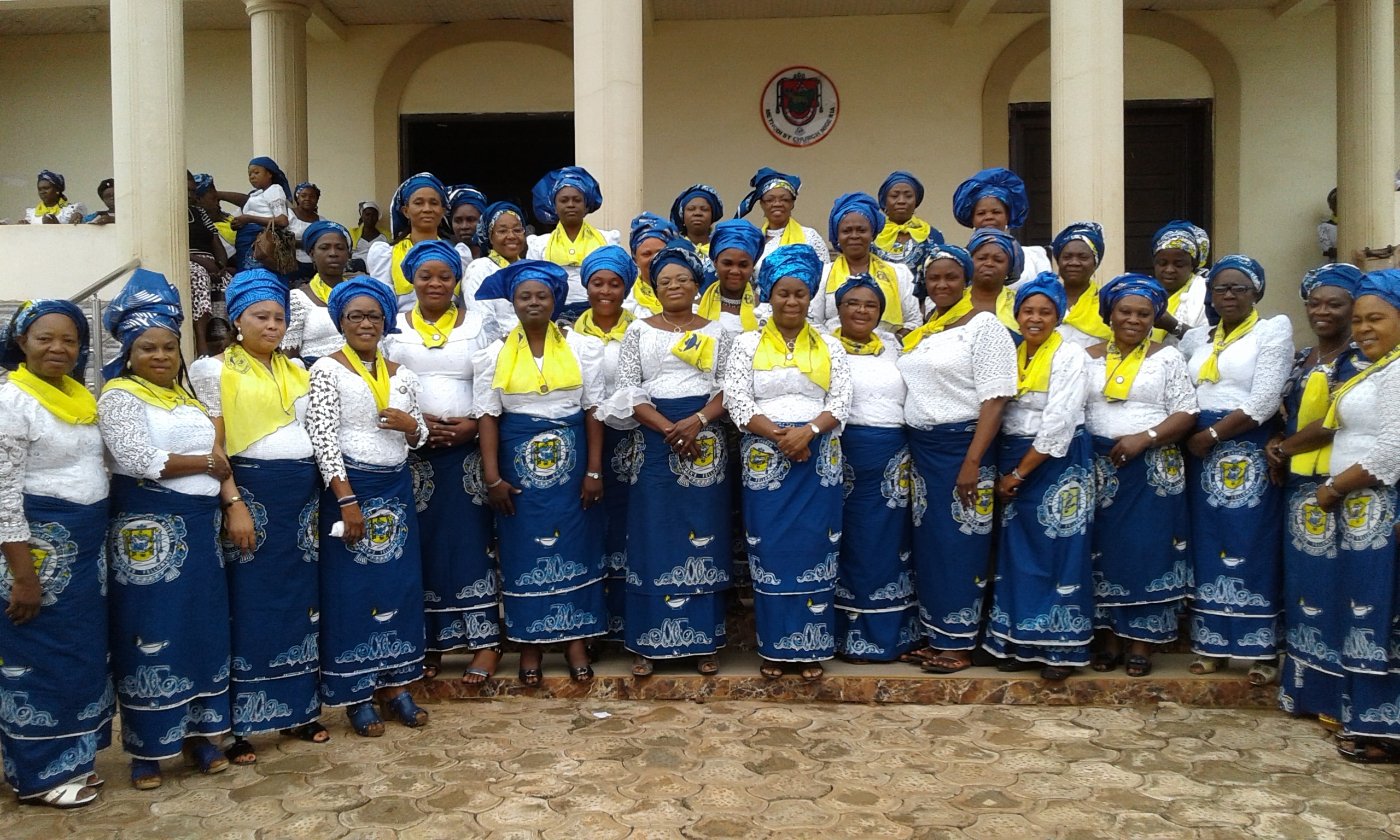 INTRODUCTION: Women’s fellowship is a woman organization in Methodist Church. It binds all the women in Methodist Family together, with the MOTTO: - “TO KNOW CHRIST AND MAKE HIM KNOWN”. It is intended to unite all the Heavenly Conscious women together in fellowship, mutual assistance and meetings. It is an organization with a laid down procedure of enrolment.

It is a body that directs one to God and aims at beginning up the whole women folk especially the younger ones to the knowledge of God, to serve God and humanity. It is opened to all the Godly women of Methodist church.

THE ORIGIN OF WOMEN’S FELLOWSHIP IN METHODIST CHURCH NIGERIA

The journey is traced to two different routes in consequent to the activities of the Wesley and primitive Methodist missions that pioneered the activities of Methodism in Nigeria. The need to respond to the plight of womanhood in Africa saw the women’s Missionary Federation of the primitive Methodist Church funding the establishment of the Native Girl’s Training Institute at Jamestown in February 1909. Miss. Richardson began the newly venture with 13 girls in residence the broad aim of the institute was:-

2.   To bring them to Christ as their savior

3.   To prepare them as Christian wives to the Christian boys who were already being trained and taught at Oron Training Institute (now Methodist Boys' High School, Oron).

By 1914, a more central place for the Institute was proposed at Eyo-Abasi because of its large population and easy access. Eyo-Abasi is located on the main road from Oron to Ebughu and easily accessible by need from Oyubia, Ikot Ekpene, Eket and the Environs. Unlike Jamestown that could only be accessed by water.

Transfer did not come until June 1927 when the Jamestown Native Girls institute was relocated and renamed Mary Hanney Memorial School.

The Women’s Missionary federation of the primitive Methodist Church also sent out many Women Missionaries to Nigeria with the sole purpose of engaging with women related works. 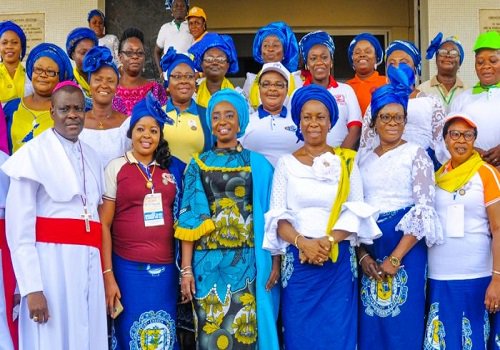 Around August 1914, Mrs. Groves, the wife of Rev. W.T. Groves started class for adult women and girls called “Women’s Class” every Wednesday afternoon with the object that they might be able to read the scripture for themselves. 155 women were in attendance. By 1923, the call to emancipate and alleviate the plight of the African woman in Nigeria was being championed by many Mrs. Donald Fraser presented a paper on “African Womanhood and how to raise it to the Conference of the Women’s Missionary Federation that met at Glasgow Scotland.

The same year Miss. Lyla Leggett became the first lady worker of the Women’s Missionary Federation in Nigeria, resident in Amachara. She conducted classes for the women and girls in various towns around Umuahia and beyond. At the end of the year, all these classes in various locations would assemble together in one center to celebrate Women’s Anniversary with recitations, special numbers and award giving as the main event of the day.

With the unification in 1932, similar developments were initiated and encouraged in both Nigerian Districts wives of the European Missionaries were encouraged to organize the native ministers’ wives into helpful and educational groups, with the thought of making it all minister’ wives meeting. In 1931, Mama Comfort Eugenia Anike Williams, the wife of Rev. E.E. Williams was invited by Mrs. Shrimpton the wife of the chairman of the Western District as the link person. Eight (8) other women were invited namely Mama C.E. Williams, Mrs. E.J. Dada, Mrs. Mary Pearse, Mrs. Frances Ajayi – Ajagbe, Miss Ada Beckley, Mrs. J. Ajayi Cole, Mrs. Edwin Cole and Mrs. A.A. Oluwole.

1.   Ways and means through which wives of indigenous ministers could help their husband in fostering church work.

2.   Recognition of themselves (Minister’s Wives) as co-workers in God Vineyard. Their involvement helped to spread the organization to Ereko, Olowogbowo and Yaba Churches.

THE SPREAD OF THE ORGANISATION

The fellowship started to spread outside of Lagos to other towns and villages within one and half years of her life. As the organization spreads, the need to name it arose. Mama Shrimpton, the unite of the then chairman gave the name “Women’s Fellowship”, she also drew the picture of the fellowship’s LOGO:- “A lamp with a burning wick” as a symbol of LIGHT, commanding every women’s fellowship member to arise and shine and show the Light of Jesus everywhere:- Matt 5:14: The word “FELLOWSHIP” is the keyword on which the organization derives its guiding principle in METHODISM. In March 1932, the Women’s fellowship was inaugurated with Mama E.E Williams as the First President and Mrs. Dada became the First Secretary.

In January 1936, the first general meeting was convened at Tinubu School in Lagos where many delegates attended. They informed the delegates about the work of Methodist Craft Centre, founded by Sister Ludlow at Kesa. The centre has metamorphosed into Methodist Girl’s High School, Ilesa.

The Women’s Fellowship became so powerful under the leadership of Mama C.E. with and they contributed substantial amount towards the training of women in 1960 at Methodist Laymen’s Training Centre in Sagamu.

Some Women Expatriate Missionaries like Mrs. Miriam Brassier was posted to Amachara with the charge of training young staff wives carrying out literacy campaign aimed at teaching the women to read the bible in their mother tongue. Those in the training homes in Amachara, Ibiakpan, Ovim and other places received lectures in Cookery, Bakery, Weaving and other Social Exposures around 1937, Mrs. A.W. Houghes organized the staff wives at Methodist College Uzuakoli for sharing and meeting.

They adopted the name “Women’s Fellowship” translated to Igbo by Mr. D.N. Achara.

Also at Jesus College Oturkpo, a Women’s Training Centre was established with Mrs. Thomas as the matron.

Later, Miss. Eileen Wragg took over the job and thus became the first coordinator of Women’s work in the Former Eastern, Nigeria District. She travelled from Umuahia to Ikot Ekpene, Calabar, Oturkpo, and far other areas. The work prospered in her hands and Women’s Fellowship was firmly established in the church throughout the Eastern District. In 1945, Sister Solako founded the Fellowship in JOS which later spread to Kaduna, Zaria and Kano.

The autonomous status granted to Methodist Church Nigeria in 1962 meant that both Western and Eastern District that had operated differently under Methodist Church Britain will now relate more intently. Consequently, this interaction brought about joint attended conference in Port Harcourt, Umuahia, Calabar, Enugu and Environs. The First National Conference was held in Kaduna in 1989.

THE SUCCESSION OF THE NATIONAL WOMEN’S FELLOWSHIP PRESIDENTS 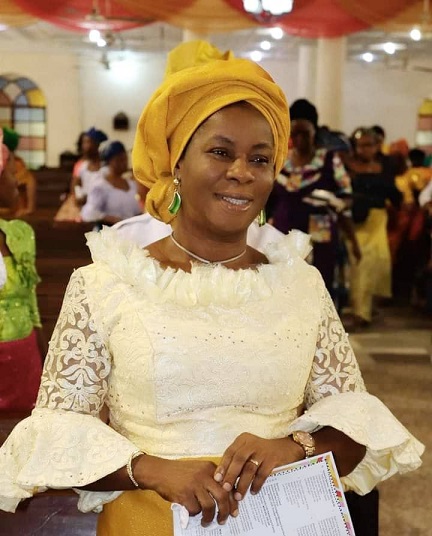 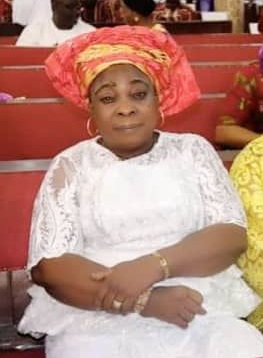 SUCCESSION OF THE COORDINATORS

1.   Covid-19 Pandemic: Women’s recognized the disturbing effect and turbulence that this pandemic brought to the lives of the church; hence, they took the initiatives to distribute palliatives within the conference area. These were transported to all the areas of the nation, to over N50, 000 families. This was in collaboration with Bro. Joshua Okeowo Foundation.

2.  Building of Four Zonal Projects in the conference area.

b.   South East Zone: Camp of victory, opposite camp of faith, Okigwe.

e.   Purchase of Women’s Work Bus, and the Women’s Fellowship car for the office of the president. 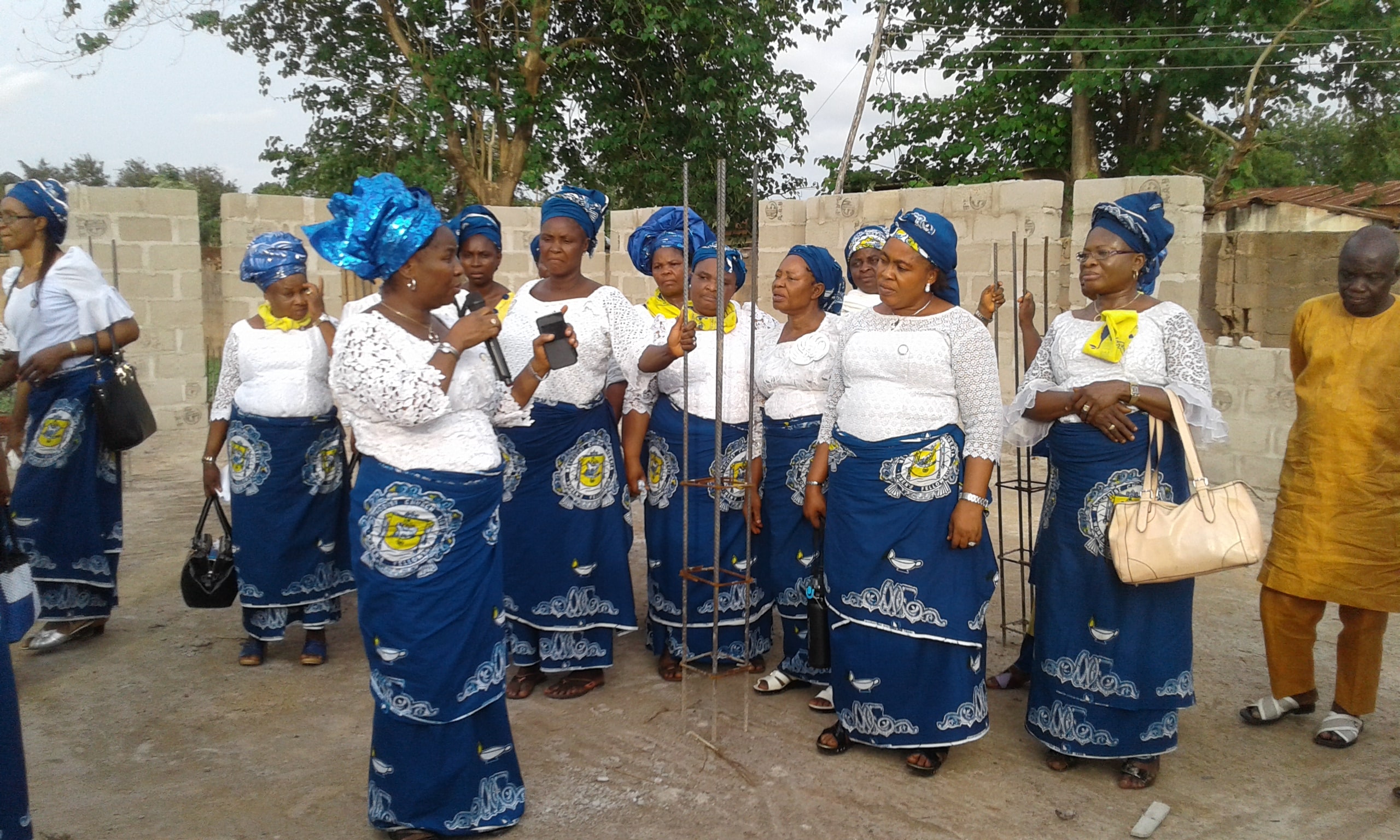 This is a Spiritual outfit born out of passion for spiritual renewal and upliftment of our women, men and youths alike. It is the dream and initiative of the incumbent President of the National Women’s Fellowship, Nneoma Florence] N. Uche in 2015.

The program has witnessed a total turn around in the lives of the church within Nigeria and Diaspora, which has impacted hundreds of thousands of lives.

Testimonies of what the Lord used this program to do in the lives of Methodist and non-Methodist abound.

YOU ARE MY NEIGHBOUR SOCIAL OUTFIT

The fellowship has been able to impact lives through giving of cash, food stuff, and clothing.

We also organized empowerment schemes for the widows, unemployed, down trodden and physically handicapped.

We salute all our forebearers in the Women’s Fellowship and all the former National Presidents and Coordinators for nurturing this union till this time.